The Mudfish VPN app has been the subject of discussion among gamers for quite some time. Many people want to know whether it’s worth using this VPN. How about we explore its bits and bobs and then make a decision? In this Mudfish VPN review, we’ll evaluate every aspect of the app to see what it has to offer.

Mudfish VPN targets people who care about gaming more than security. The app delivers excellent ping rates and uses direct access routes to allow gameplay without invariable latency. You can’t exactly consider this Korean VPN to be a virtual private network. Instead, the app’s key focus is to establish a GPN (Gamers’ Private Network).

So if you don’t play games, Mudfish isn’t for you.

But since it’s been dubbed as a virtual private network, we need to see how it performs in other areas. Unfortunately, it lacks basic security functions like a kill switch, AES encryption, protocols, etc. That said, it’s excellent if you’re looking to optimize your gaming experience. I couldn’t think of an alternative that offers a lower latency at such a great price (more on this later).

Note: Mudfish VPN does give you the option of upgrading to a Full VPN. However, that doesn’t come close to matching the features that you get in a proper VPN, like ExpressVPN.

Like I said earlier, Mudfish VPN is geared towards gamers. However, it’s not suitable for real VPN users as it lacks the critical features you’d find in a virtual private network. With that in mind, let’s see what it can offer to game enthusiasts.

Mudfish offers a wide range of nodes (aka. servers). These nodes are high-performing, and Mudfish has set them up strategically in different locations. As of this writing, there are more than 410 active Mudfish servers across the globe.

The fact that Mudfish distributed these servers sparsely means that gamers from different locations can access one close to their region. (And you’re probably smart enough to know how that works out.)

A high ping is the last thing you want when you’re playing your favorite title. Fortunately, Mudfish does an excellent job at delivering low in-game pings to its users. This means you won’t experience lags while playing online when connected to the VPN. You can expect a reduction of nearly 10-40ms pings when using Mudfish. That may not sound like much, but wait till you experience Mudfish ping in real life.

Using a conventional ISP means you’ll be sharing resources with other users. As such, your connection can experience exhaustion with a rise in traffic, resulting in lower speeds. But if you use Mudfish, you can rely on its ability to access servers in your desired location directly to get faster uploads and downloads.

However, it’s worth mentioning that your speed will only improve to a certain extent, depending on the strength of your internet connection.

You’re likely aware that certain games come with geographic restrictions, meaning you can’t access them from any specific locations. That’s where a VPN makes a difference.

VPN apps like Mudfish enable gamers to access a game from their home country. In other words, connecting to Mudfish would allow you to play gamers that are blocked in your native country. You can visit Mudfish’s website to see what games/sites it officially supports.

Mudfish VPN: Things to Watch Out For

Mudfish claims is essentially a network booster (“acceleration as a service” is its motto), so it’s not the ideal choice if you’re looking for a VPN to enhance your online privacy. But if you’re still interested in learning about its privacy and security capabilities (warning: it doesn’t have many), go through the headings below. I’ll then explain why it’s not suitable for streaming and torrenting either. Let’s get started.

When it comes to a VPN, privacy-focused individuals look for things like encryption algorithms and the robustness of tunneling protocols. Mudfish excludes both – and even the “Full VPN” in Mudfish doesn’t clearly define what it does to protect user identity.

But one thing I’d give to Mudfish: it doesn’t advertise the algorithms or protocols it uses, so the company isn’t making any false claims that it’s going to improve your privacy and security.

Also, I’m not surprised that Mudfish doesn’t have an encryption algorithm in place. The app focuses on optimizing your gaming experience, and that’s what it does best. Its core aim is to enhance ping/latency and RTT (round-in trip time).

Features like tunneling protocols and encryption algorithms can reduce your connection speed and cause lagging. If Mudfish were to offer these protections, they would inhibit its ability to work as a network accelerator. Even Mudfish’s default mode is GPN, which reroutes your connection to a certain game server to deliver lag-free experience. As long as gamers are happy with Mudfish, I don’t see a reason why the company would include encryption in its service.

Mudfish calls itself a network booster for streaming and gaming, but it can’t unblock Netflix, Disney+, BBC iPlayer etc. These streaming services use advanced algorithms to identify and stop VPNs. Only a few VPN services are capable of bypassing their geographic blocks – Mudfish isn’t one of them.

Not suitable for torrenting

Torrenting isn’t seen as an ethical practice in various countries. In some places, the person uploading pirated content is liable to pay a fine and even face jail time when caught. Also, those downloading the content may suffer the same fate if the authorities manage to identify them. Therefore, most torrenters use a VPN to conceal their identity online.

Mudfish doesn’t have the features to safeguard your online privacy. So if you engage in torrenting while using Mudfish, you could end up paying a hefty fine. Fortunately, you can prevent this from happening by using a virtual private network that allows torrenting, like Avast SecureLine VPN or ExpressVPN.

Is Mudfish Safe to Use?

As stated previously, the VPN doesn’t encrypt your internet traffic. All it does is reroute your traffic through another server for the region-blocked game you intend to play. For instance, if you pick Counterstrike: Global Offensive (LootBear has some great CSGO skins), then it’s going to identify the optimal server to connect to so that you can have a great experience playing this game.

What about logging? Well, Mudfish does log your data. On its website, they may place beacons, cookies, and similar tech in your browser. And when it comes to its GPN/VPN, Mudfish states that it collects your device-specific information, your real IP address, and aggregate data about the sites you visit and the apps you use.

So in a few words: Mudfish might not be safe from a privacy and security standpoint, but it’s great for those looking to play geo-restricted video games online.

Mudfish works on the following platforms:

Plus, it also offers extensions for Google Chrome and Mozilla Firefox. I’m pleasantly surprised by the depth of support, as I wasn’t expecting a GPN service to work on so many apps.

There’s no live chat option on Mudfish’s website. But you’ll find support tickets that work more like forum chats. If that doesn’t answer your query, you can try and browse the Mudfish wiki for help. FAQs are also present on the site, but they’re pretty basic.

Mudfish’s charges users on a “per-traffic basis”. This means you pay for the volume of data you use (like in subscription pricing), and it’s extremely cheap – around 12 cents or 135 South Korean Won per GB. The company also offers a plan of 27 GB for $2.99 in credit that lasts about six months.

For their per-game subscription plan, Mudfish charges about 85 cents or 990 KRW for one item, which means you can access one geo-restricted game each month in this pricing. You can either pay for these plans via PayPal or deposit an equivalent amount in Bitcoin. If you’re not satisfied with Mudfish’s latency, you can get a refund in two weeks. Mudfish also doesn’t “auto bill” its customers, so you only pay when you buy credit or subscription on demand.

Mudfish Free Trial: Is There Such a Thing?

No, there’s no Mudfish trial in existence. However, you’ll get a small amount of “test credit” when you first sign up for Mudfish. You can use these credits to test the latency and other aspects of the service. Most accounts have trial credits already set. Another thing – Mudfish credits don’t expire, even if you don’t play through Mudfish for years.

Note: If you sign up to Mudfish but don’t see any free credit, create a topic for the problem in your Mudfish dashboard. Sometimes credits are not added properly because of the Mudfish “double-credit-payments” protection algorithm. Mudfish’s team will handle this for you once you reach out to them with your issue.

Mudfish VPN is best for gamers who are laid back about privacy and desire fast speeds. So if you’re a full-time gamer and require low latency for your connections, then you can consider installing this GPN.

However, if you want the ability to stream Netflix, torrent anonymously, and keep your information private – in addition to a low game ping– I recommend that you get an actual VPN, such as ExpressVPN.

If you fall in the previous category, i.e. gaming enthusiast who doesn’t stress about privacy and security, you can download Mudfish from the link below. 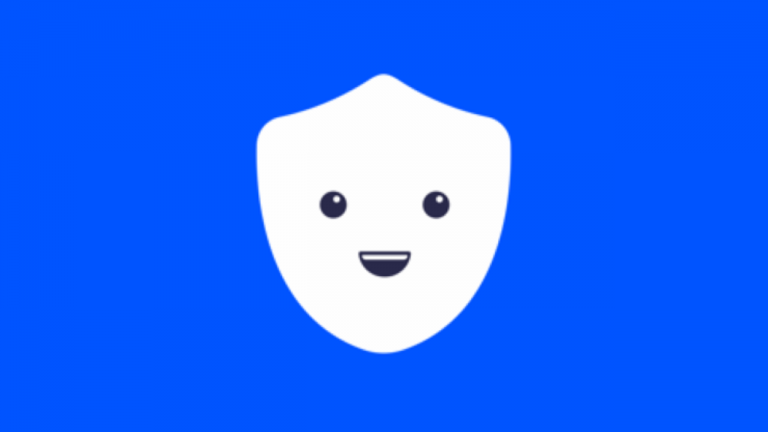 Betternet welcomes you with a smiling shield that makes it look inviting. But there’s a lot about this free VPN service that…

NordVPN is considered to be one of the best VPNs in the market. A quick glance at NordVPN scores on review websites…

ExpressVPN claims to be the most reliable ultra-fast VPN around – but is it really worth the price? What else does this… 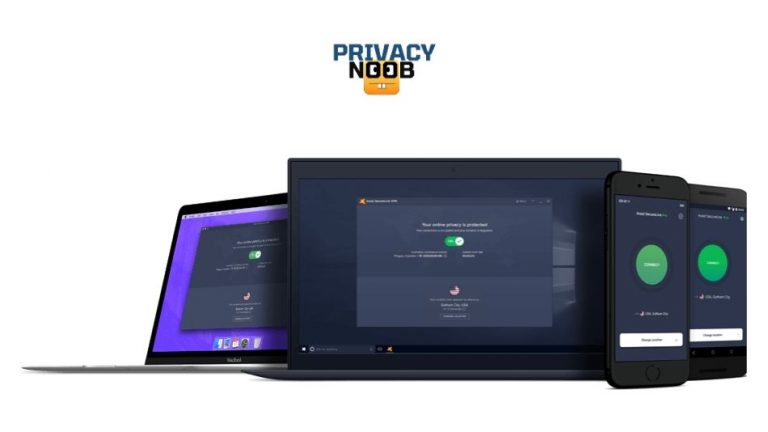 I love Avast for its antivirus software. It has an amazing collection of security features and tools that allow me to protect… 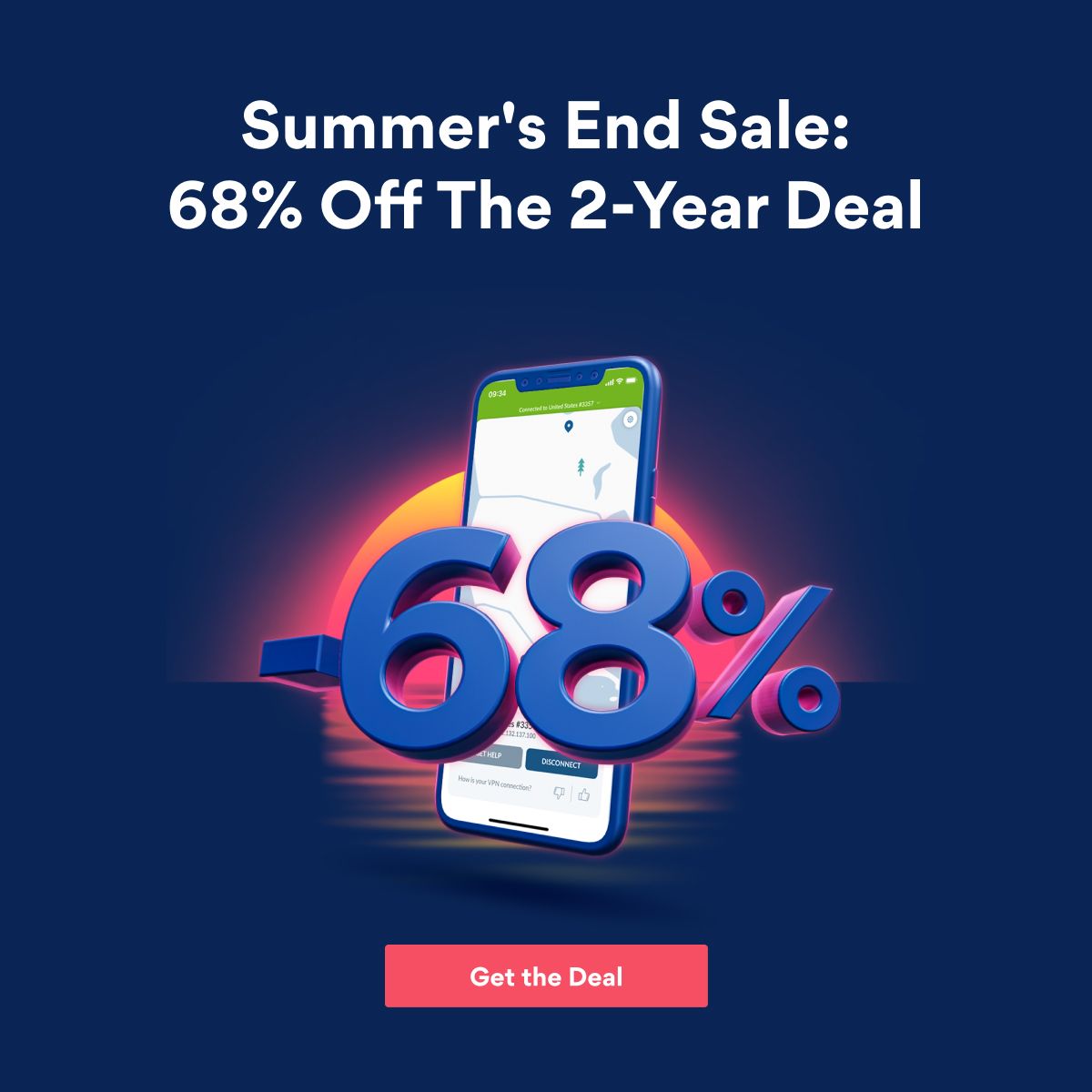