Mobdro Review: Is It Secure and What’s The Hype? 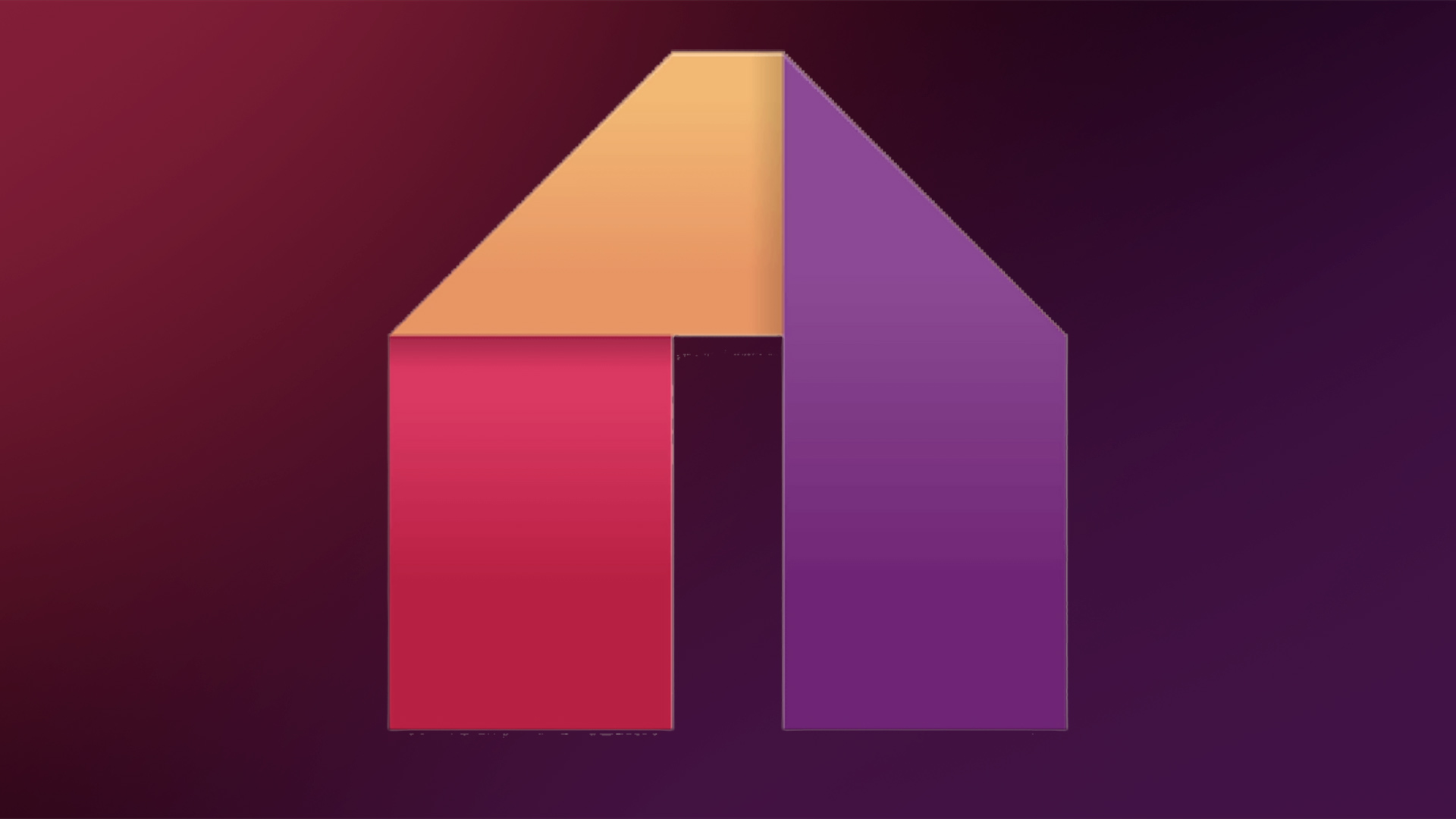 Top Tip: Mobdro is an app that gathers free video streams from the web and makes them accessible on your device. However, you might not be able to access all streams due to geo-restrictions. Luckily, you can unlock more streams on Mobdro with a VPN. For the best results, make sure to get a subscription with a reliable and fast VPN, like NordVPN.

You have decided to cut the cord and move to the stream. That’s a really smart financial decision! Online streaming gets you all the same great content at a fraction of the cost. Whether you’re into binge-watching, sports, or catching up on classics, you can be sure to get your entertainment fix with a streaming app. One new app that recently caught my attention is Mobdro.

And here’s why: Mobdro curates free videos from all over the internet and presents them to you under one big platform. There are so many videos on the internet, but not all of them are hidden behind a subscription fee. Watching these clips can help you kill time without the need to become a paying subscriber. So, what is Mobdro? How can you install Mobdro? How much does Mobdro premium cost? Read our Mobdro review to find out.

Warning: Mobdro also lets you access some copyrighted material for free, so it can get you in trouble with the authorities. I only recommend Mobdro for streaming publicly available content.

Mobdro is an online streaming application that’s most popular with Android users. It lets you watch movies, TV shows, sporting events, news, and documentaries, and listen to music on your Android device. You can download the app from its official web page, as it is not available on Google Play.

Mobdro will continuously search the web for free videos and let you access them on your Android device. The app offers live TV from more than 30 countries in 10 different languages. And you can also use it to download popular TV shows. What’s best about Mobdro is that it presents all the content in an organized way, making it easy to navigate videos on your handset.

How to Install Mobdro?

Mobdro’s website contains the link to download the Android application. First, you need to allow the download of applications from unknown sources on your Android device. Once downloaded, you can initiate installation. You will get a pop up to confirm all the app requirements. Tap “yes”, and you are ready to use the Mobdro on your device.

If your phone doesn’t display a pop-up, follow these steps:

Mobdro offers an intuitive user experience. Its navigation makes it simple to switch between different content. The makers of Mobdro also offer a ‘share’ feature which enables you to watch what your friends are currently watching (if they are sharing too).

One key navigational feature I would like to highlight is episode selection. When you tap a show to watch, it takes you to the first episode without a preview. Ideally, users should be able to preview episodes and browse through seasons. I hope that the developer will address this shortcoming in the future version of the app.

In essence, Mobdro does not own any of the videos. It constantly searches the internet to find the best results for you to watch on your Android device. There are two types of video content available on Mobdro: free sources and channel streams. While the first type of content is collected from free sources like YouTube and webcams, the second type is streamed from channels like CNN and Cartoon Network.

Watching YouTube videos on Mobdro is a decent experience, but I wish they could collect more videos from other free video platforms. It will not only enhance Mobdro’s video collection but also provide users with hidden gems that are otherwise lost on the internet.

Streaming channels on Mobdro is where it gets exciting. The app offers high-quality video streaming in a variety of genres. Sports fans can avail of hours of smooth sports streams on this app. Catching the news on Mobdro is easy, too. If you are unable able to access videos or some channels in your area, I suggest that you use a VPN to unlock more locations.

Note: I personally use NordVPN because it offers good speeds and can unblock content on most streaming apps. Right now, they are running a Black Friday deal where you can get 68% + 3 months of free VPN. If you’re a regular user of apps like Mobdro, I recommend you take advantage while this offer lasts.

For example, I tried watching a broadcast of ABC Sports while using a VPN for Mobdro. To my pleasant surprise, I didn’t face any interruptions during the stream. Plus, the stream quality was also decent.

So, if you’re outside the US and want to unblock geo-restricted content, then consider streaming Mobdro through a VPN service like ExpressVPN.

So, is Mobdro any good for streaming free video content? Hell yes!

The Mobdro app allows you to select the quality of the video. You can play footage in 320p, 720p, full HD, etc. The speed of your internet will have a significant impact on the video quality. Hence, you might experience a slow video buffer rate. The alternative is to download your favorite videos and watch them offline.

Here are some things I found missing or lagging in my Mobdro review:

Mobdro might fail to function in some instances. When it does, updating the app should resolve the issue. You can update the Android version of Mobdro by taking these steps:

After the update, you’ll have a fresh version of Mobdro on your Android device – and it should work smoothly without causing any issues.

You may get a ‘parse error’ message while using Mobdro if your Android device doesn’t meet the streaming app’s specification requirements. As far as I know, Mobdro requires Android 4.1 or above to function.

Mobdro lays out videos by topic or category, and its feed is already populated with content. With Kodi, you load channels to discover videos. The latter also requires you to use “add-ons” to watch things like sports fixtures, films, and TV shows for free.

The Mobdro Add-On for Kodi

This might seem bizarre, but Mobdro also has an add-on for Kodi. To make it work, you need to have the latest version of Mobdro installed on your Android device. Once that’s done, take the following steps to activate Mobdro for Kodi:

Here’s what I found: When you visit Mobdro’s webpage, its server saves you data, after which Google Analytics and CloudWays manage the information. This data includes your timestamp, IP address, and other critical information.

Moving on to Mobdro’s content library, the app displays streams that users don’t have a legal right to access. In Kodi, you can apply a custom “addon” to access such content, but there’s no similar extension for Mobdro. Many resources say that obscuring your location through a VPN should help keep you safe.

Nevertheless, novice streamers might unknowingly break the law, which is why I don’t recommend Mobdro from a privacy and legal standpoint.

Can I Install Mobdro on iOS?

Yup, but you’ll need to install it outside of the App Store. Below are the steps:

Yes, but you’ll first need to install the Bluestacks App Player. Here are the complete steps for installing Mobdro on Windows:

Streaming Mobdro On Your TV

It’s also possible to stream the content on Mobdro on a smart TV.

For this purpose, you’ll need to set up a media streaming device like Roku and then install the Mobdro app onto it for continuous streaming. If you prefer watching streams on the big screen, set up a Mobdro Roku combination by taking these steps:

How Much Does Mobdro Premium Cost?

Mobdro’s free version provides you with most of the important features, but you do get the option to upgrade to Mobdro premium. The premium version is ad-free, comes with a Sleep Timer, and supports Chromecast. I’ve also heard that it will soon receive new features like Cloud Share Integration and Live Events.

While you can use this app for free, you’ll always need to close ads and will not get the option of offline streaming. To run Mobdro on Chromecast, prepare to shell out €2.99/year for Mobdro premium. You can upgrade to premium by tapping on the logo on the top left corner of the app. Once you do, select “Go Premium” to unlock the advanced version of Mobdro.

Mobdro might be a new streaming app for you, but it is almost a decade old. It has a decent fan following and, as far as I know, is safe for legal streaming. Of course, you can end up with a virus if you download the app using an unofficial installer file. The way to avoid this is always to download the app from the official Mobdro website.

Some red flags to watch out for is a site asking you to pay, or submit any personal details, to download Mobdro – the app doesn’t ask you to do any of these things.

Is Mobdro Not Working?

When Mobdro isn’t working on your Android device, troubleshoot with these steps:

You may also find Mobdro not working on Kodi and Firestick in some instances. When that happens, just uninstall the existing version of Mobdro and install a fresh one. Doing this should resolve the issue.

Some Mobdro users complain of facing issues like no picture, no video, can’t download video, please try again later, and black screen. If you experience these Mobdro errors, take the following steps:

Hopefully, one of these steps would fix your Mobdro black screen issue on Android.

Mobdro uses freely available resources from the internet and creates a database for the user within seconds. The app works quite well, and video streams look really nice on bigger devices. But there’s the issue of copyright content that we need to be mindful of. If you’re happy streaming copyright-free videos on Mobdro, then I can safely label it as one of the best free streaming apps in the market.

The question now is: are you willing to stick with free videos?